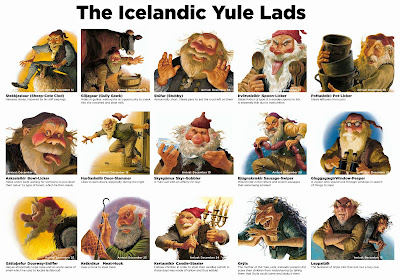 Yesterday I covered the story of Gryla, a ginormous ogress who stalks Holiday nights looking for misbehaving and nasty children that she can take back to her home, plop into a stew, and mercilessly gobble up.  Terrifying and malignant though she may be, her sons are a bit of a different story. 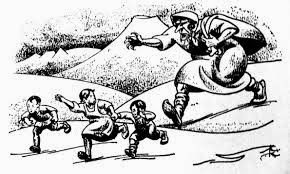 Gryla's children are a bunch of rambunctious trollish humanoids known popularly as The Yule Lads.  The Yule Lads originate from Icelandic folklore.  Early on, the number of Gryla's offspring and their respective individual depictions varied greatly depending on location, with each Lad ranging from mere pranksters to homicidal monsters who eat children. The original, often criminal pranksters who would steal from, or in other way harass the population all had descriptive names that conveyed their modus operandi, and they would trek from the mountains to scare Icelandic children who misbehaved before Christmas. Additionally, the Yule Lads brought with them their pet Yule Cat, a beast which I will describe at length in tomorrow's post. 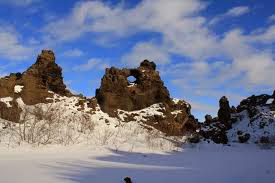 In 1932 the poem "Jólasveinarnir" was published as a part of the popular poetry book Jólin Koma ("Christmas Arrives") by Icelandic poet Jóhannes úr Kötlum. The poem reintroduced Icelandic society to Icelandic Yuletide folklore and established what is now considered the canonical thirteen Yule Lads, which have been depicted as taking on a more benevolent role comparable to Santa Claus and other related figures. They are occasionally depicted as wearing late medieval style Icelandic clothing, but are otherwise generally shown wearing the same costume traditionally worn by Santa.  They travel into the villages and put rewards or punishments into shoes placed by children in window sills during the last thirteen nights before Christmas Eve. Every night, one Yuletide lad visits each child, leaving gifts or rotting potatoes, depending on the child’s behavior throughout the year.

And they have some pretty stellar names.  They are (in the order in which they come to town):
Stekkjastaur – Sheep-Cote Clodder - Who Harasses sheep, but is impaired by his stiff peg-legs.
Giljagaur – Gully Gawker - Hides in gullies, waiting for an opportunity to sneak into the cowshed and steal milk.
Stúfur – Stubby - Abnormally short. Steals pans to eat the crust left on them.
Thvörusleikir – Spoon Licker - He steals wooden spoons to lick, and is extremely thin due to malnourishment.
Pottaskefill – Pot Scraper - Steals the leftovers from pots.
Askasleikir – Bowl Licker - Hides under beds waiting for people to put their bowls on the floor which he then absconds with.
Hurdaskellir– Door Slammer - Loves slammin' doors, particularly at night.
Skyrjarmur – Skyr Gobbler - This guys likes to take your skyr, which is an icelandic dairy product similar to strained yogurt.
Bjúgnakraekir – Sausage Swiper - This guy hides in the rafters and swings down to steal sausages that are being smoked.
Gluggagaegir – Window Peeper - A voyeur who would look through windows in search of things to steal.
Gáttathefur – Door Sniffer - This is my favorite of the Lads.  A door sniffer? Has an abnormally large nose and an acute sense of smell which he uses to locate laufabrauð, a traditional Christmas Bread which consists of round, very thin flat cakes with a diameter of about 15 to 20 cm (6 to 8 inches), decorated with leaf-like, geometric patterns and fried briefly in hot fat or oil
Ketkrókur – Meat Hook - Uses a hook to steal meats.
Kertasníkir – Candle Beggar - Follows children in order to steal their candles, which used to be made of tallow and thus edible. Candle Beggar, the last of the Yule Lads, comes to town last night and then all of them are prepare to return to the mountains. 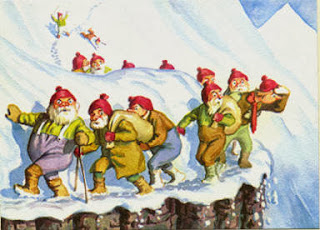 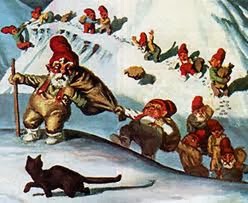 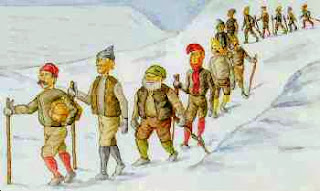 However, Jóhannes úr Kötlum left out a heap of ogre brothers and sisters when picking the stars of his prose from often locally-based legends about these dreaded visitors. An enlightening article in Fréttabladid says that around 80 names of Yule brothers and sisters have been found in folktales and poems dating back centuries in time which were compiled by folklorist Árni Björnsson. The article covers a few of these left-out lads and lasses, including the following:
Lungnaslettir (Lung Splatter). According to legend, this particular Yule Lad carried his lungs on the front of his chest and tried to beat children with them. He came from Snaefjallaströnd in the northern West Fjords.
Reykjarsvelgur (Smoke Gulper). He used to sit on top of the ridges of houses, gulp the smoke from when hangikjöt (smoked lamb) was smoked, and blow it into the faces of people. He haunted the Bardastrandasýslur counties in the southern West Fjords.
Laekjarraesir (Spring Drainer). This funny chap was into blocking springs and playing around during thaw to somehow make life harder for people.
The legend of the Yule Lasses Flotsokka and Flotnös (Fat Sock and Fat Nostril) comes from Dýrafjördur and Önundarfjördur fjords in the western West Fjords.The first tried to put a smidge of fat on unfinished hand-knitted socks and the latter to stuff her nostril with fat. These Westfjordians sure were imaginative.
The brothers Lampaskuggi (Lamp Shadow) and Bandaleysir (Knot Loosener) were a menace too; the first enjoyed putting out all the lights and casting farms in darkness and the latter loosened all knots on important ropes.
Faldafeykir (Skirt Sweeper) almost made it to the list and is among the better known additional lads. He enjoyed blowing hats off women’s heads and rustling their skirts and being disrespectful of all moral guidelines. 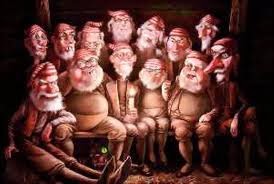 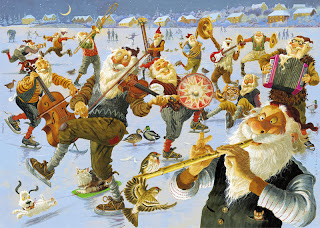 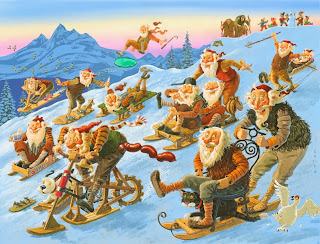 The legend surrounding other Yule Lads and Lasses is not as clear and their names don’t always indicate their purposes. These include:Klettaskora – (f; a word used for a rift in cliffs). Guttormur – (m; a man’s name meaning “the one protected by god” or (not as dignified) “godly worm” and it’s also the name of a famous bull at the Reykjavík Zoo and Family Park). Litlipungur – (m; literally: “small balls”). Flórsleikir – (m; literally “dung channel licker”, as in a cowshed—yuck!) Modbingur – (m; something like “leftover heap”). Baggalútur – (m; this word can either mean “small boy” or “round rock”, and, incidentally, it’s also the name of a band). Thorlákur (m; this is actually a man’s name and the name of St. Thorlákur, the bishop whose mass it is on December 23). Tígull – (m; this word means “diamond” as in cards). Hlödustrangi – (m; the translation could be something like “barn bundle”). Kleinusníkir – (m; finally one that makes sense… kleina are twisted Icelandic doughnuts, really yummy, and this fellow would be “kleina beggar”). 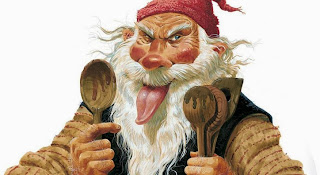 So look out for Door Sniffer and Dung Channel Licker as we near Christmas this year.  They're obviously nowhere near as threatening as their carnivorous mother- it looks like a worst case scenario here includes some rotten potatoes and some pilfering -but clearly they are still yet another Yuletide nuisance from the realm of Christmas mythology that we should be more aware of.
Posted by Anthony at 12:55 PM