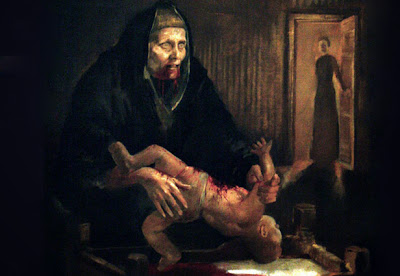 After two days of relatively nice traditions involving pickles, spiders who love decorating, and Donald Duck, it's time to head back into the realm of horrible and terrifying Christmas folklore.  This one is going to be sort of a three-parter over the next several days, so as to give focus to each part of this Christmas fairy tale. 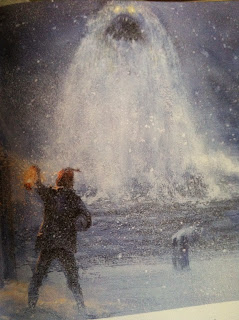 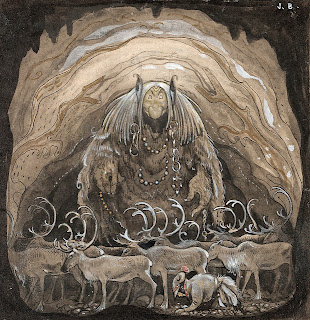 To me, Trolls are in many respects an inseparable part of Christmas folklore and mythology.  As you may recall from earlier posts, I count the Norwegian film, Troll Hunter, as a Christmas movie.  For me it very much embodies the concept of our modern life meeting with the ancient fairy-tale worlds of yore that is so prevalent during Christmas time.  And I am not alone in this belief!  There are plenty of Christmas legends involving Santa protecting wayward children from wicked trolls who hoped to make meals of them, and there are even old stories of Trolls in fact honoring this most awesome of Holidays. Quoting directly out of a book I own called The Scandinavian Troll ~ Its Life and History, "An old man who lived alone had lost count of the days as Christmas drew near.  He had no idea that it was already the day before Christmas Eve.  Then a voice shouted from the mountain: "One night, one day, then count no more, for Christmas Eve will be at your door."" 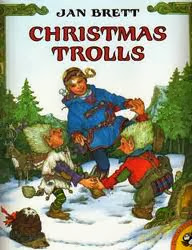 There are even plenty of stories still being created today involving these creatures, including multiple books by the beloved children's author and illustrator Jan Brett. 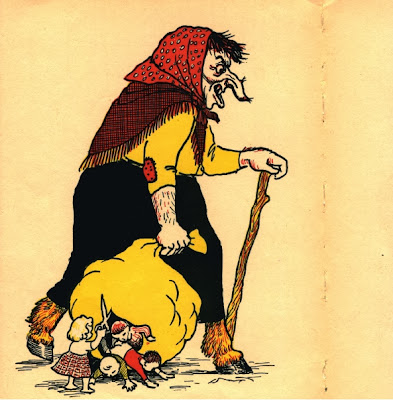 And while I could ramble on and on about trolls, as they are my personal favorite fantasy creature, we're here today to focus on only ONE such character.  A giant troll/ogress named Grýla.  In Icelandic mythology, Grýla is a horrifying monster and a giantess living in the mountains of Iceland. Originally, Grýla appeared in Nordic Mythology in places like Snorri Sturluson's thirteenth century Edda- which is the main source for Norse Mythology.  However, these days she has taken on a new connotation with the Christmas season, and has since sometime during the 17th, due to her mothering a band of trollish beings known throughout Iceland as The Yule Lads- which I will discuss in greater detail in tomorrow's post. 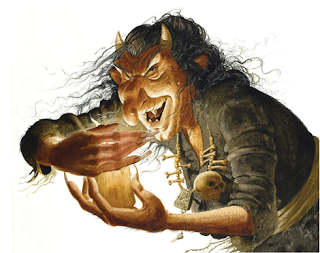 Most of the stories told about Gryla were designed specifically to frighten children. Gryla is said to have a sharp sense of hearing and smell, particularly to aid her in detecting children who are misbehaving year-round. During Christmas time, she leaves her cave and come down from the mountains to search nearby towns for her meal, hunting for children- her favorite dish being a stew of naughty kids. And she has an insatiable appetite.  Lucky for her, according to the legend, there has never been a shortage of food for Gryla. 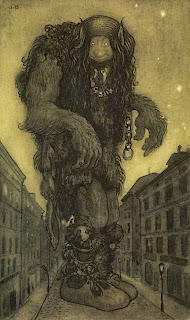 People of Iceland successfully used her story to scare children to sleep. In fact, so prevalent were tales of Gryla coming down and spiriting children away, that the government actually got involved. A public decree was passed in 1746 prohibiting the practice of scaring children with terrifying stories of Gryla, so as to avoid traumatizing kids further. 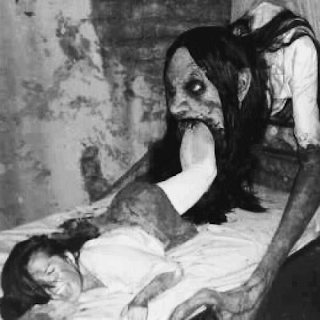 According to folklore, Grýla has been married three times. Her third husband Leppalúði is said to be living with her in their cave in the Dimmuborgir lava fields, which is a freakin awesome place (pictures below). In fact, Grýla was featured in an article by The Onion, a satirical news site, citing her as the cause of the 2010 eruptions of Eyjafjallajökull. "No one had as much effect on air travel in 2010 as the horrifying Icelandic mountain ogress Grýla, who this spring launched a plume of ash 30,000 feet into the sky from the Eyjafjallajökull volcano, shutting down airports across Europe and costing the global economy hundreds of millions of dollars. The eruption was initially attributed to Huldufólk elves believed to be angry at mortals for the desecration of their rock dwellings during the winter of 2009. While gifts of sweets to the elves seemed to produce small gaps in the ash that allowed airspace to be briefly reopened, the cloud as a whole lingered. It was only after millions of travelers had already spent days stranded at airports that embarrassed officials finally conceded that another creature was probably responsible. After ruling out the 300-foot Lagarfljóts worm, investigators concluded that only Grýla—best known for emerging from her cave at Christmastime in search of naughty children to stuff in a sack—possessed the power necessary to generate an eruption of Eyjafjallajökull's magnitude. By then, however, many food items shipped by air had begun to spoil, and a number of world leaders had already missed the funeral of Polish president Lech Kaczyński. After frustrating weary travelers with numerous ineffective attempts to placate the ogress, Icelandic officials finally carved a fear rune onto an oak plate and threw it at her feet, an obvious banishment spell that critics worldwide said the government should have cast much sooner. Flights resumed within hours. In the aftermath of Eyjafjallajökull's eruption, officials said they would continue monitoring Grýla and, as a precaution, all 13 of her hideous children." 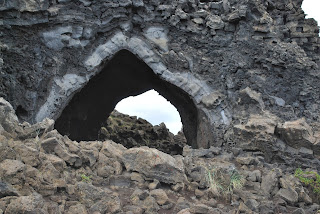 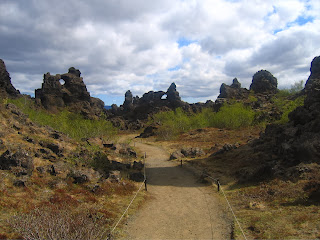 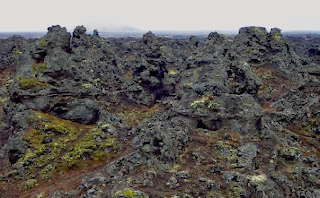 Stalking the glaciers and darkened streets, this Christmas Nightmare is just another Holiday Horror that we need to keep our eyes open for during this time of the year.  I truly am baffled why America has white-washed all of the terror out of the Yuletide season.  With the loss of that, we have also lost a lot of really fun fairy tales and legends about this time of year.  All we have is Rudolph the Red-Nosed Reindeer's Bumble... 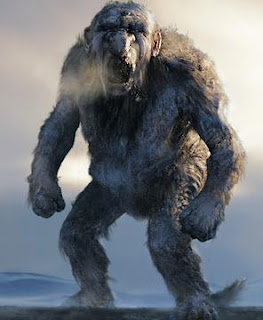 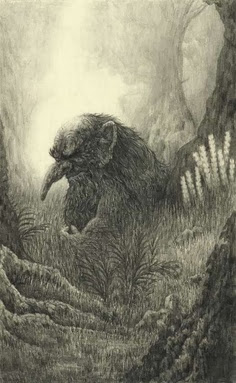