Every November since 2001, men from around the globe have gathered in Switzerland for an Olympics of sorts: The Santa Claus World Championship Games.  Or Father Christmas or whatever name you prefer for this certain Christmas character.  The games' official name is Clau Wau. 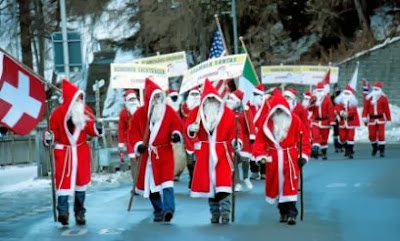 Word on the street is that these games have been going on for quite a while, only recently opening its doors to competitors from the world over, and is now known for being extremely inclusive.  This Christmas-Olympics Hybrid is filled with various competitions that are meant to test one's skills and abilities to do the sorts of things that good ol' St. Nick does.  So there are events like gingerbread decorating, sleigh racing, chimney climbing, gift prep and distribution- stuff of that nature.  But while it sounds like it's a bit silly and simple, it is most certainly quite the opposite. 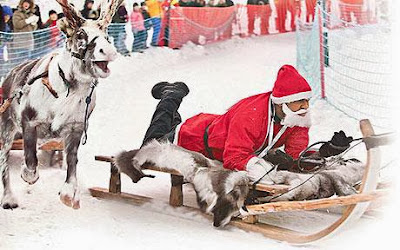 Famously, these challenges are ramped up to maximum difficulty with numerous obstacles on the race track, and the chimneys that are extremely high with minimal if any places for one to find a foothold.  Plus, have you ever tried to control a reindeer?  It's difficult! 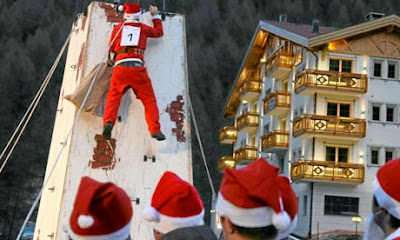 These games are a zany, fun, and all around awesome tradition, with admission to compete for free (at least, currently), and a lot of money riding on the first place prize.  With winners ranging from locals to citizens of Hong Kong, over the years this festival has been celebrated as an extremely fun way in which the culture of Christmas has been celebrated amongst numerous and diverse people from all walks of life. 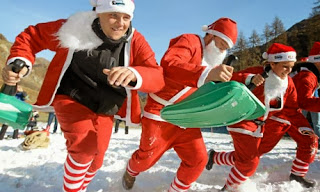 And that's really what's incredibly impressive about Christmas to me.  Yes, what I love is a lot of the fun lore/music/decor that comes with the season, but what is remarkable and impressive about Christmas time above all is the fact that people from all over the globe and a over a massive range of walks of life can come together over a somewhat loose cannon of traditions to make this time of year- which is, as this blog has pointed out, a generally cold, dark, and depressing season overall -something really special and wonderful.  Even peaceful.  From the richest to the poorest, from religious to non religious, from Asia to Mexico and so far beyond, this is a time of year that is recognized by such an immense portion of our population one cannot help but to slightly marvel at that. 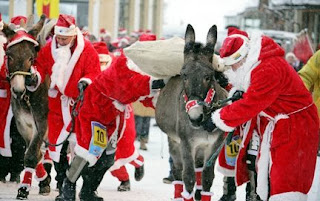