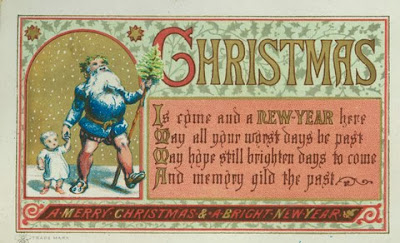 As I've mentioned before, it is generally accepted today that Santa Claus has many different names.  Kris Kringle, Joulupukki, Saint Nick, Santa, and so on.  And while they all most assuredly derived from the same tradition of origin, they all are- or at least were upon their conception -unique characters all their own.  Outside of Britain, Father Christmas is also used in many other English-speaking countries outside the United States, and a similar figure with the same name in other languages exists in several other countries, including Canada and France (Père Noël), Spain (Papá Noel, Padre Noel), Russia (Ded Moroz, or Grandfather Frost), almost all Hispanic South America (Papá Noel), Brazil (Papai Noel), Portugal (Pai Natal), Italy (Babbo Natale), Ireland (Daidí na Nollag), Armenia (Dzmer Papik), India (Christmas Father), Andorra (Pare Noel), Romania (Moş Crăciun) and Turkey (Noel Baba), Hungary (Télapó).  While they all have individual twists on their character, such as mode of transport and so on, they are all generally the same idea.  But, as it turns out, Father Christmas originated as a symbol of festivity, revelry, and was used as a political poster-boy during times of gentry. 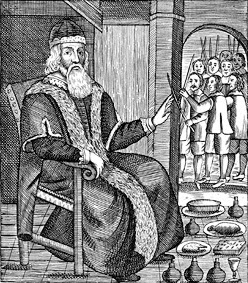 In his earliest incarnations, Father Christmas, although invariably and at least often thought of as an old and cheerful man, was mainly associated with adult feasting and drinking rather than the giving of presents.  It wasn't until later when the tradition got mixed in with, and ultimately largely consumed by, the Saint Nicholas legend that he became more for children. 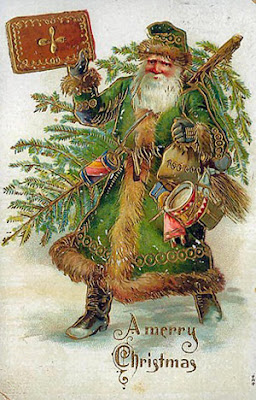 In England, the earliest known personification of Christmas does not refer to him as "father." A carol known from 1435 to 1477, takes the form of a sung dialogue between a choir and a figure representing Christmas, variously addressed as “Nowell" (or "Noel"), “Sir Christemas” and “my lord Christemas”. He spends his time offering news of Christ’s birth, and encourages everyone to eat and drink saying a phrase that may ring familiar, "Make good cheer and be right merry." 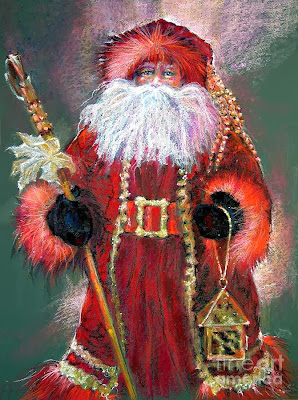 However, the specific depiction of Christmas as a merry old man emerged in the early 17th century. The rise of puritanism had led to increasing condemnation of the traditions handed down from pre-Reformation times, especially communal feasting and drinking. As debate intensified, those writing in support of the traditional celebrations often personified Christmas as a venerable, kindly old gentleman, given to good cheer but not excess. They referred to this personification as "Christmas", "Old Christmas" or "Father Christmas." 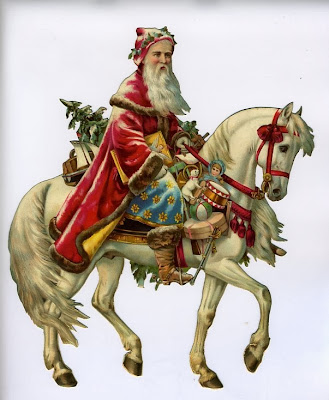 During the mid-17th century, the debate about the celebration of Christmas became politically charged, with Royalists adopting a pro-Christmas stance and radical puritans striving to ban the festival entirely.  At this time, Father Christmas began appearing as an older gentleman often wearing a furred coat and cap.  As the political debate raged on, Father Christmas began appearing increasingly in pamphlets and political cartoons, usually making pro-Chrismtas points. 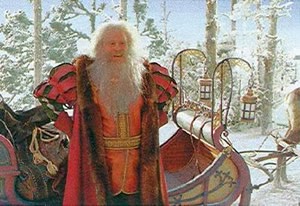 In a similar vein, a humorous pamphlet of 1686 by Josiah King presents Father Christmas as the personification of festive traditions pre-dating the puritan commonwealth. He was described as an elderly gentleman of cheerful appearance, "who when he came look't so smug and pleasant, his cherry cheeks appeared through his thin milk white locks, like blushing Roses vail'd with snow white Tiffany." His character was associated with feasting, hospitality and generosity to the poor at this point, and this tradition continued into the following centuries, with "Old Father Christmas" being evoked in 1734 in the pamphlet Round About Our Coal Fire, as "Shewing what Hospitality was in former Times, and how little of it there remains at present", a rebuke to "stingy" gentry.  Father Christmas gradually merged with the pre-modern gift-giver St Nicholas and his associated folklore, changing from a symbol of feasting and lifestyle choices, to a folklorish gift giver.  Nowadays in Britain the figure is often called Santa Claus but also often referred to as Father Christmas.  The two legends have become somewhat synonymous, but it can't be ignored that while Santa has always been more or less the gift giving jolly cheer bringer, Father Christmas originated as a political weapon and a symbol of alcoholic celebration.
Posted by Anthony at 9:12 AM