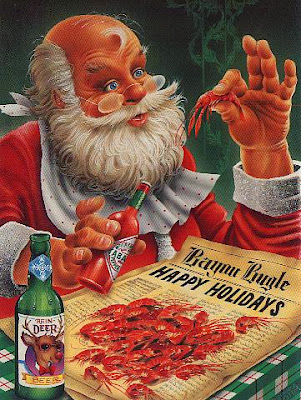 While throughout most of the United States of America, Santa Claus reigns supreme as the icon of Christmas, there are other traditions in small pockets of the populace around the country.  While these are often confined to small communities, like Belsnickel in Dutch Neighborhoods and town in the North Eastern States, there is one who has gained much wider recognition.  Originating in Louisiana but slowly becoming recognized in other pockets around the ol' USA, Cajun Papa Noel is one of the more strange and modern interpretations of the Christmas Gift Giver. 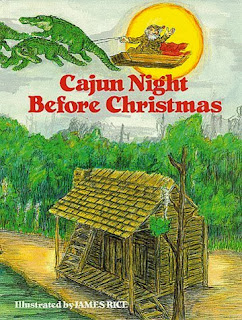 Cajuns are an ethnic group mainly living in Louisiana, consisting of the descendants of Acadian exiles or of French Canadian descent.  Today, the Cajuns make up a significant portion of south Louisiana's population, and have exerted an enormous impact on the state's culture.  Since Louisiana was largely colonized by French speaking peoples, many French traditions have become a part of  their lifestyle.  For example, the French version of Father Christmas is called Papa Noel, and as such, Papa Noel is largely recognized throughout Louisiana. 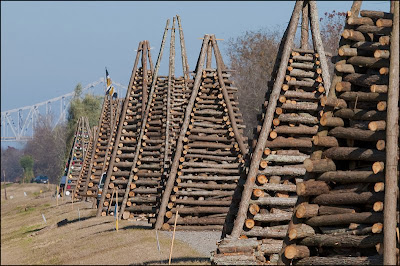 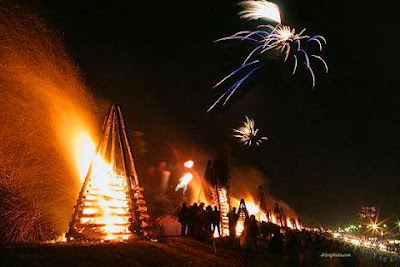 Every year, to help Papa Noel find his way to the neighborhoods around the Mississippi, massive bonfires are lit along the river shore to light his way. The bonfires are believed to have been started as long as two hundred years ago as Christmas tradition, however there is debate on whether they were originally lit to guide churchgoers to midnight mass or if they were really for Papa Noel. The bonfires are lit at 7 P.M. on Christmas Eve and burn all night long amidst the vast amount of celebrations all along the river, many of which include fireworks and extravagant parties. 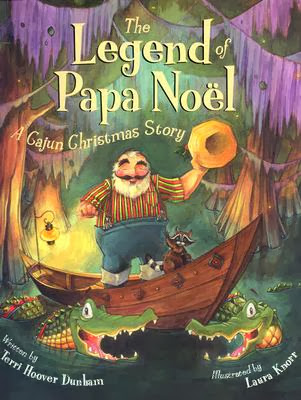 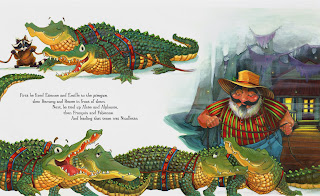 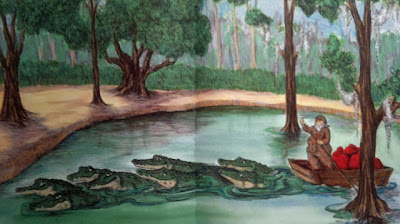 And this is where things get interesting.  Not only is Papa Noel greeted in such a unique and amazing way, but in some parts of "Cajun Country," Papa Noel has taken on a different persona on altogether, and is called Cajun Papa Noel.  Cajun Papa Noel differs from the regular Santa in several key ways.  He doesn't live in the North Pole, but in a swamp.  And rather than a steady diet of cookies and milk he seems to prefer a plethora of beverages and has a special taste for shrimp and shellfish, which accounts for ever-growing girth.  But most defining of all, Papa Noel usually rides in a boat rather than a sleigh.  And instead of eight tiny flying reindeer; he has eight enormous alligators that guide his river boat. 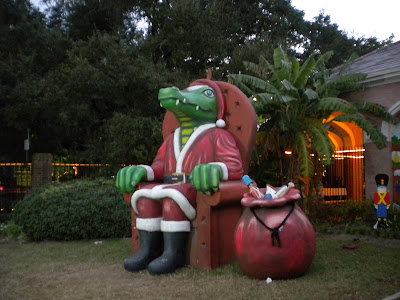 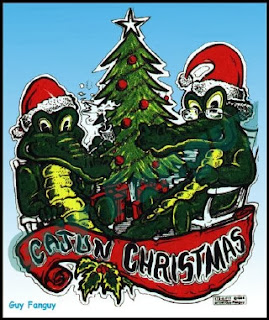 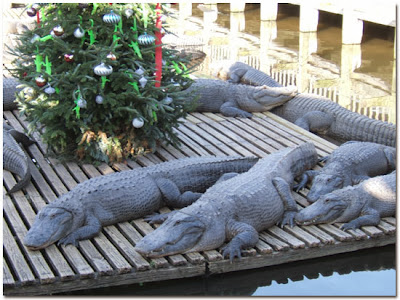 While the reindeer of Santa Claus all have very specific names, Cajun Papa Noel's animals do not currently have canonized names nailed down as of yet.   But there is at least one member of the team that is fairly well recognized.  Instead of Rudolph with his red glowing nose to guide Santa while he delivers presents, Cajun Papa Noel has Nicolette, an alligator who has glowing green eyes to guide them through the particular dark and murky parts of their journey.  So popular are the alligators, in fact, that the animal has become sort of the icon of Cajun Christmas traditions. 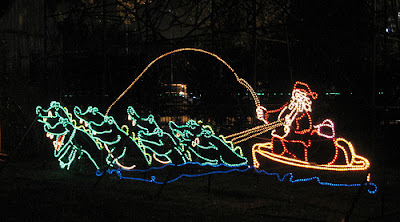 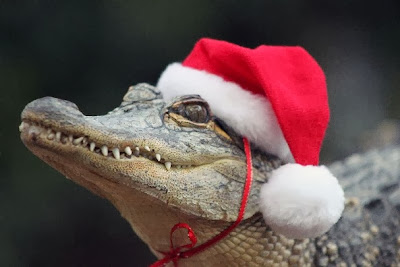 While many people know about Louisiana's Mardi Gras tradition, few know that the beginning of Mardi gras, or Twelfth night, which is twelve days after Christmas, is the end of the Christmas celebrations there. The new year has been ushered in and it's time for a whole new celebration. On twelfth night, Louisianans have King Cake. The King Cake is a cake that has a figurine of baby Jesus baked into it. Whoever gets the baby Jesus gets to buy the King Cake next year.
Posted by Anthony at 9:26 AM